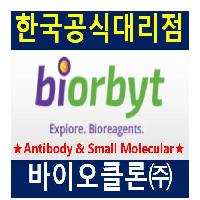 The increasing use of antibodies in research dictates the need for more consistency and reliability. Recombinant antibodies are produced by cloning antibody genes into expression vectors. These vectors are then introduced into non-animal hosts, allowing the in vitro production of identical antibodies that can be mass-produced. Furthermore, the immunogen sequence is known at the outset of production and antibodies to unusual targets such as toxins or unique protein modifications can more easily be generated. Recombinant antibodies, due to the use of expression vectors do not suffer the same genetic drift as traditional monoclonal antibodies, ensuring consistency and quality between batches. Biorbyt’s range of recombinant monoclonal antibodies allows us to provide a constant, dependable supply of tailored antibodies specific to your target of interest, allowing you to focus on your research goals without interruption.

There are two main methods for generating Recombinant Antibodies, in vivo and in vitro.

During in vitro production, synthetic gene sequences are cloned into vectors and introduced into hosts such as yeast or bacteria. These vectors subsequently reproduce, generating recombinant monoclonal antibodies. This process has numerous advantages:

Using the in vivo hybridoma technique, antibodies are generated in a similar way to traditional antibodies, as recombinant antibodies are cloned from hybridized B-cells. This is achieved by immunising a host with the antigen, followed by isolating the B-cells that are produced. The antibody sequence generated by the B-cell is cloned and expressed, followed by thorough testing and screening for the highest specificity and binding. The heavy and light immunoglobulin chain genes are subsequently cloned into expression vectors, ready to produce identical recombinant antibodies.

We have a growing library of validated recombinant antibodies. Contact us for advice to support your research.

Advantages and Applications of Recombinant Antibodies

Poor quality antibodies contribute to a considerable amount of wasted research funds. Antibodies that lack specificity and function produce results that are not reliable or reproducible. Recombinant antibodies overcome these issues, saving both time and money.